I remember right after I left my husband and the first weekend he had the kids.  It was the first weekend I was by myself.  I didn’t know what to do with myself!  I was in an apartment complex, surrounded by people living their lives and I was terrified to be myself.

I made it through Friday night by working late at the office.  I made it through Saturday by cleaning.  But Saturday night was moving up on me.  I didn’t want to go to a bar.  I wasn’t ready to be around single men.  I was still married.  I was missing my kids like crazy.  What to do?  Go to a movie?  No…  I couldn’t do that.  Go to a restaurant?  Nope, not by myself.

Now I look back and remember how powerless I felt.  I felt like my ex-husband had kept me in such a tight trap that I didn’t feel I could actually enjoy myself without guilt.  I finally did make myself go to a movie.  I remember feeling embarrassed as I stood in line to get my ticket.  I just KNEW that people were looking at me funny.

What I didn’t know was that:

By the end of my 18 years of single-living, I had flown to different states…  some for business and some for pleasure!  I had rented a rental car in another state and just drove and took pictures!  I even went camping by myself a few times.  The featured pic on this blog is of my little tent that I bought.  When I went to sleep, I was surrounded by campers and when I woke up, I was all by myself!  Little did I know there was a major storm on the way.  I went to town for some supplies and came back to see this sign waiting for me… 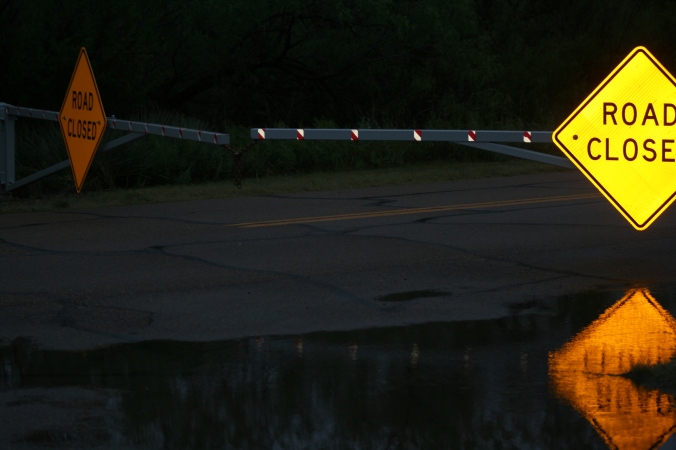 Some park rangers found me sitting by the sign hoping that I could get back to my tent!  I think I was the only person camping in the whole park.  They escorted me through some back roads and through a rushing flood zone.  They said, “Follow me.  If your car stars to go sideways, jump.  We’ll grab you.”  My heart was RACING!

I made it to the tent OK, but that night the adventure became almost became life-threatening when a tornado came up the canyon and uprooted my tent with me in it!  I can tell you that I was scurrying for my car at 4:00 in the morning…  in the dark.   When I woke up, there was a rattlesnake laying on a boulder in front of my car.  I could also see that my little Rav4 was covered in red clay.  And you know what?  I LOVED IT!  People were honking at me for hours when I was back on the interstate going home.  I was pumped!  I had faced an adventure with God as my only protection and He brought me through.   And look at this pic that I still got! 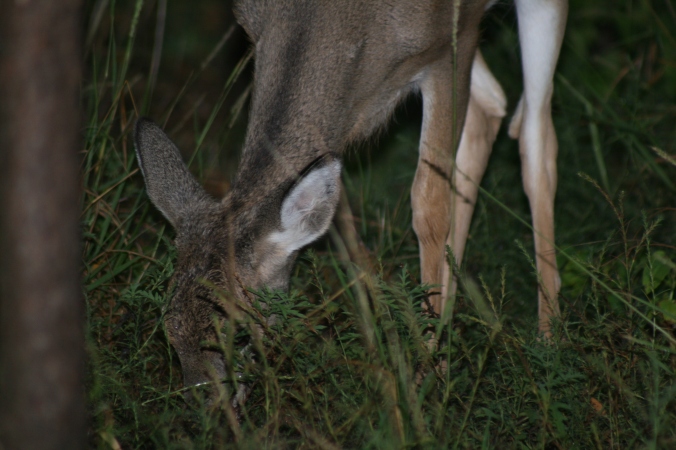 I can tell you that my heart was pumping with adrenalin for DAYS!  So ladies, what fears do you have that stop you from doing something?  What keeps you firmly planted in your rut?  While I don’t recommend camping during Flood Season, I DO recommend stepping out of your comfort zone and taking a chance!  God wants us to have an ABUNDANT LIFE!  That doesn’t necessarily mean that He wants us to be rich in monetary things, but it DOES mean that he wants our lives to be filled with abundant LIVING!  And we’re living for Christ, our lives become so full!

An abundant life can be lived without having a warm body to cuddle with and having sex outside of marriage.  It’s found in the hugs from our friends.  It’s being there when someone is hurt and it is stepping out of our comfort zones and asking God what HE wants us to do!  WHOO HOOO!!!

10″The thief comes only to steal and kill and destroy; I came that they may have life, and have it abundantly. “  #GodlyWomen

2 thoughts on “What are You Afraid of?”